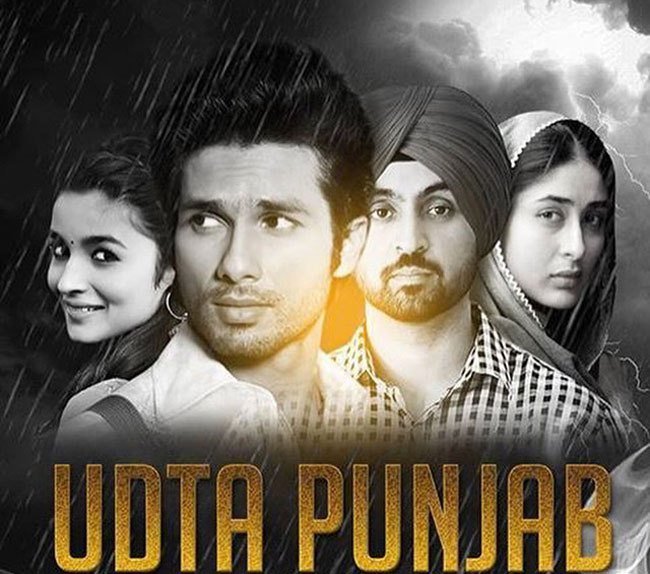 I always took keen interest in the affairs of Punjab because of our similar past. Both Bengal and Punjab were affected by Partition the most. Punjab worked hard and developed into an affluent state while Bengal became known for its artists and intellectuals. Over the years, political turmoil took its toll and the decline of Bengal started with the exodus of its meritorious youth brigade. Udta Punjab spoke of Punjab’s decline due to rampant drug abuse among its youth. So I had to see it.

Udta Punjab is akin to films like Black Friday, Talwar, Court, Aligarh ( Munich, Syriana, Blood Diamond) subject-wise and Jaane Bhi Do Yaaro, Hirak Rajar Deshe (Fargo, Pulp Fiction) treatment wise. The makers of Udta Punjab were aware that none wouid watch a documentary on drug abuse in Punjab. So they serve the grim reality in the form of entertainment. Hence the Quixote-like character of Tommy, the over-simplified story of Mary Jane and the Fairy-tale romance between Dr. Preet and Sartaj. The comic treatment eases the heartbreaking reality of Mary Jane’s rape, Balli’s overdose, the sight of young drug addicts lying wasted everywhere and the final jolt of the unexpected murder. The ferocious dog named Jackie Chan howls at Tommy at the front gate so he jumps into the compound from the back. Just like a Fairy tale ending, the bad men are killed by the good cop, young Balli is free to live a better life and the two lovers unite happily at their dream destination Goa.

Udta Punjab may not have the sleekest script but it makes up with its brilliant performance by Alia, Shahid, Kareena, Diljit, Prabhjyot and Satish Kaushik.
(Incidentally, both Satish Kaushik and Shahid’s father Pankaj Kapoor were part of the iconic film ‘Jaane Bhi Do Yaaro’.)

Thanks to Abhishek Chaubey, Sudip Sharma and Anurag Kashyap for this unique endeavour. Those who want entertainment, can carry home the fun, the comic situations, the music.

The more serious movie goers can carry home the daunting reality and ponder upon who or what is causing this systematic decline in our beloved country.

One Thought to “Udta Punjab Review”