Every human being seem to show his Anger in various situations and phases of his life. When this word Anger comes in Mind , we generally think it as negative aspect. Anger can be utilised in a positive form also.

Anger is the Intense Emotional Response.  It is not inherently bad.   It is human’s emotion which involves a strong uncomfortable and hostile response to a perceived provocation, hurt or threat.

Men, women and children experience anger differently. Whereas children most often feel anger from the perspective of frustration–they can’t have what they want when they want it–adults get angry when they feel out of control.

Modern psychologists view anger as a primary, natural, and mature emotion experienced by virtually all humans at times, and as something that has functional value for survival. Anger is seen as a supportive mechanism to show a person that something is wrong and requires changing.

Anger not just has its impact psychologically on us. It does have physical impact also on us.

Experiencing strong anger regularly or for prolonged periods can also affect your physical health, contributing to illnesses such as:

When Anger gets Negative or is a Problem??

Anger only becomes a problem when it harms you or people around you. This can happen when:

If the Anger is interfering in your daily lifestyle where it is spoiling your personal relationships, bothering you at your work or people around you . Then its high time that you need to control and learn to manage your Anger . 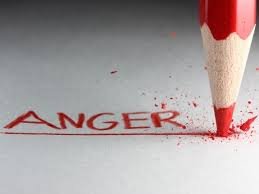 Expressing Anger varies from people to people as every human is different in his own way.  So, how you behave in anger is subjective which varies ..

Feeling angry is okay, however, the behaviors people exhibit when they feel angry make a difference in whether or not they become aggressive. Aggression is a choice. Just because you feel angry doesn’t give you permission to treat others poorly.

When to express your anger, how to express anger is also something which one need to understand

There are Types of Anger Expression:

Aggressive: It can be in Verbal or Nonvebal form . Aggressive People are aware of their emotions, at times such people  don’t always understand  the true reasons of their such aggression.

Aggressive people blame others for their anger. “It’s your fault for making me mad,” is the common theme. They don’t take responsibility for their feelings or their behaviors.

Passive : A passive might not always show that they are angry or resentful. They might appear in agreement, polite, friendly, down-to-earth, kind and well-meaning. However, such kind of people can be manipulative, secretive by nature .It is often associated with “hidden” anger.

Passive is a destructive pattern of behaviour that can be seen as a form of emotional abuse in relationships that bites away at trust between people. It is a creation of negative energy in the ether which is clear to those involved and can create immense hurt and pain to all parties.

It happens when negative emotions and feelings build up and are then held in on a self-imposed need for either acceptance by another, dependence on others or to avoid even further arguments or conflict.

Here the anger is by being controlled and confident, talking and listening, and open to help in dealing with the situation. This Assertive anger can help relationships to grow. It means thinking before you speak, being confident in how you say it, yet open and flexible to the ‘other side’. It means being patient; not raising your voice; communicating how you are feeling emotionally, and really trying to understand what others are feeling. When you deal with anger assertively, you demonstrate that you are mature and care about your relationships and yourself.

Anger can be a good thing. It can give you a way to express negative feelings, for example, or motivate you to find solutions to problems.

How to Manage Your Anger? It is an Art

Many people think that anger management is about learning to suppress your anger. But never getting angry is not a good goal. Anger is normal, and it will come out regardless of how hard you try to tamp it down. The true goal of anger management isn’t to suppress feelings of anger but rather to understand the message behind the emotion and express it in a healthy way without losing control. When you do, you’ll not only feel better, you’ll also be more likely to get your needs met, be better able to manage conflict in your life, and strengthen your relationships. 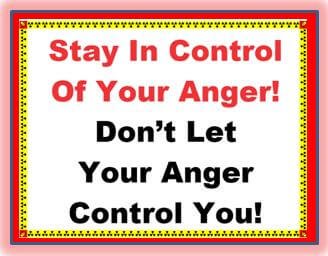 the art of anger management takes work, but the more you practice, the easier it will get. And the payoff is huge. Learning to control your anger and express it appropriately will help you build better relationships, achieve your goals, and lead a healthier, more satisfying life.

Anger Management does not mean internalising or suppressing anger .

Few Tips to Manage Your Anger in Daily Life :

I have born and brought-up at New Delhi, Graduated from Delhi University with Psychology Hons. I am a regular writer of English, Hindi and Bengali Poems in various magazines.